saw this video on the daily what yesterday and thought it was the coolest, most insane thing i’d seen since the honey badger was introduced into my life.  it’s amazing.  so amazing that everybody needs to hear and see it, but what about the hearing impaired? don’t worry yall.  i got you.  i shall narrate it for u beneath the vid.

END_OF_DOCUMENT_TOKEN_TO_BE_REPLACED

The Real Housewives of Civil Rights.

i stood up and did the slow clap in real life after this.

(thanks to @heyerinevans for this!)

and now, some valentime’s day trivia: 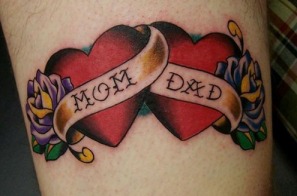 ur parents won't be too pleased when they find out what that heart REALLY means.

ah, valentimes.  the flowers.  the candy.  the last minute plunge into claustrophobia in the greeting card aisle at Walgreens. the annoying receptionist that makes sure you see the roses her fiancee sent her.  the bitter broads and brothers who gloom up your happy lovin’ ass with their LBS (lonely bitch status).  it’s all part and parcel.

END_OF_DOCUMENT_TOKEN_TO_BE_REPLACED

over there.  on the right.  your OTHER right.  that shoe.  that come-get-it shoe.  that one shoe.  that ‘i may have had my leg taken by the diabeetus, but this other foot gon stay FIERCE’ shoe.  it’s nice, right?  u jelly, huh?  i know, girl.  i know.

but i got good news for all the bloggers out there–you can get you one too!  all you have to do is sign up for the Red Pump Project’s 500 in 50 campaign.  if you don’t know, the Red Pump Project is a foundation dedicated to raising awareness about the impact of HIV and AIDS on the lives of women and girls.  you can find more info abt the project and its founders here.

and if you go here you can sign up for their 500 in 50 campaign, which is trying to round 500 bloggers up in the days leading to March 10th (National Women and Girls HIV/AIDS Awareness Day).  on that day, all participating bloggers are asked to do a bit of writing about HIV/AIDS stats/, info on the disease and it’s impact on women and girls, etc.  in return you get a badge of fierceness for your blog, and recognition and linkage at both Awesomely Luvvie AND The Fab Giver on that day.  click here for more info.

i’m all signed up and ready!  look, watch me do the stanky legg in my one undiabetic leg with my red pump on!  *falls over* 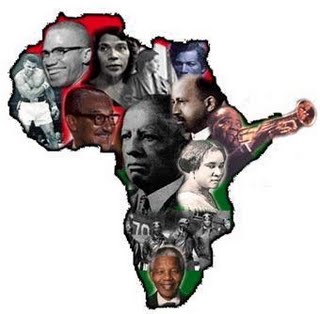 i may or may not have this tattooed on my left buttcheek.

updates here may be scarce here this month, as i am being moved by the spirit to educate your black asses (and non-black asses) on shit you didn’t even even know you didn’t know about yourself.  Little Known Black History Facts are back again this month, AND me and the good scholars at PostBourgie are reupholstering your kufis with kind of almost sort of daily episodes of Know Your History.

don’t let The Man keep you in the dark!  step outside your fool selfs and learn something!  and if you simply can’t stand the quiet around here, go take a peek at the tumblr.

Martin Luther the Kang is looking down and smiling on your from the cross.  be blessed!

as you may or may not know, i am BEYOND product obsessed.. i spend sooo much time on youtube and google, just nosing around in what other naturals are putting in their hair, looking for products i’ve never heard of before.  i just want to try EVERYTHING, and if i cant try it, i want to be able to find somebody who has tried it and see how they liked it or loved it or hated it.

i’ve decided to make my obsession work for all the other obsessed out there and put some reviews of my own out there in the Internets.  my biggest problem right now, though, is that i can’t stop trying new stuff BEFORE i write reviews on stuff that i’ve already tried.  it’s like putting Bruhman from Martin in a room full of sammiches and telling him not to touch any of them.  you can’t do that!!  so i’ve put myself on punishment–no new stuff til i dish on the recently tried stuff.  first up:  JustNatural Organic Care products!

END_OF_DOCUMENT_TOKEN_TO_BE_REPLACED

LOUISVILLE, KY – Beginning February 1, 2011, you won’t be able to find a few things in Louisville area strip clubs–namely nudity, alcohol, and lapdances–three things that pretty much define strip clubs.  Dancers and patrons will also have to stay a minimum of six feet away from each other.

“I think this is racist or sexist or something,” said dancer Dior La’Jenkins.  “This is how I feed my family and pay my tuition.  How am I supposed to get my tips now?  I’m only 5 foot 1, I can’t reach six feet!”  But there is an upside, she said:  “At least I’ll have some time to work on my homework, get some reading done.  Since I’ll be so far away from the customers now, they won’t be able to see what I’m doing anyway.”

We spoke with Leroy Stillwell, owner and proprietor of the Bust-It-Open Boutique Gentleman’s Club and Bar to get his opinion on the upcoming changes.  “Oh well, yeah, it’s terrible, you know.  Especially now–Valentine’s Day is right around the corner, and that’s always been a big money maker.  But it’s okay though.  We’ve got some ideas, we’re being creative,” he added optimistically.  “We’re adding a day care center, hoping that it’ll draw some more customers.  We’re also renting out space to churches and community groups now–we’ve got 1st Corinthian Leather Baptist holding bible study here next Wednesday.  So we’re hoping that will keep folks coming through.”

Asked about the appropriateness of having children and church functions in a strip club, Stillwell commented, “It’s not like there’s anything scandalous happening here anymore with all these new laws.  You can find more sex and salaciousness on basic cable at noon these days.”

He then added, “I’m also changing the name of the club to The Respectable Lady, because really, I might as fucking well.”