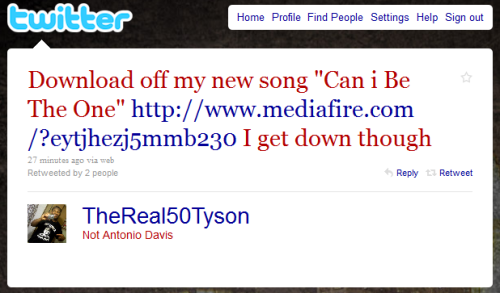 END_OF_DOCUMENT_TOKEN_TO_BE_REPLACED

i’m not going to say anything.

i’m just going to put up this picture of (not so) Lil Romeo shirtless at the Hip Hop Honors and not say one single solitary word.

to celebrate the release of rap group Tanya Morgan‘s second album Brooklynati, i’m givin away two one-way tickets to Brooklynati for free!  that’s right!  for FREE!  you and a guest will travel via grayhound to the beautiful hills and valleys and shit of Brooklynati, located at the intersection of Brooklyn and Cincinati.  if you’ve never heard of the place, omg.  it’s a tourists dream!  it’s got blue skies, green grass, 24 hour drug stores, polite panhandlers,and indigenous nudity!

all u gotta do is check out the album, come back here and tell me how u like it. its the featured album on itunes in the new and noteworthy hip hop section; skate over, give it a listen, fall in love with it, buy it, etc etc. 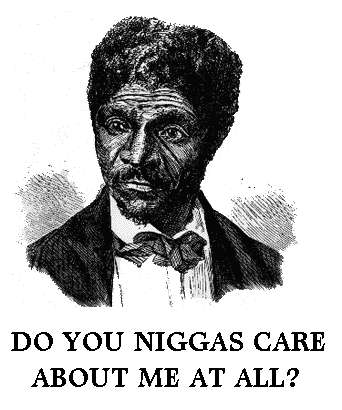 before yall start: an interview with 50 cent’s new teeth

okay.  i just know that some of you hatin ass sneetches are gonna try and call 50 to task for droppin 63 G’s on his new george foremanesque grill (thnks for that, d).  but before you do, look at the WHOLE picture, hmm?

firstly… his teeth were pretty fucked up.  u remember how long them front teefises were?  im pretty sure those things were rooted back in his scalp somewhere.  that wasn’t simple tooth pulling, that was brain surgery, and brain surgery is not cheap.

secondly, at 63 thousand dollars, those cannot be JUST teeth.  they cant be.  i made the active decision to believe that these teeth can save the world, unlike ‘making the band’s Q and Dawn’s donkin toothed children.  and i wanted to investigate, and thank the heavens, i had a chance to talk one-on-one with 50’s new teeth, and let me tell you something:  i was righter than a motherfucker.

Brokey McPoverty:  Thank you so much for agreeing to speak with me today, 50 Cent’s New Teeth.

50 Cent’s New Teeth: Oh, it is indeed a pleasure.  Thank you for your interest and your warm, warm welcome.

BmcP:  Well, first let me start out by asking how I should address you.  Do you have a name?  Do people typically just call you “50 Cent’s New Teeth?”

5CNT: That is what they typically call me, and I don’t mind that.  Not everyone would expect a set of teeth to have a name.  But, for the record, my given name is Chadwick J. Hoppensnaps.

BmcP: And what does the J stand for?  May I ask?

BmcP: Right.  So, tell me a little bit about yourself.  Who is Chadwick J. Hoppensnaps?

5CNT: Well, I was born in England, believe it or not.

BmcP:  Really?  That’s interesting, you don’t have a bit of an accent anymore.

5CNT: Well, it slips out sometimes; if you ever hear 50 Cent say something smart, you’ll know that’s me getting a word in.  *hearty chuckles abound*  Anyway, I managed to escape a terrible plague of periodontal disease that was sweeping the entire continent and still is, actually–it’s really bad over there.  I left just as soon as I was big enough to brush myself and just sort of wondered Europe for a time, and then I headed to Japan where I met a martial arts trainer by the name of Gouken.  There, I trained in the dangerous and mysterious art of Ansatsuken with two gentlemen named Ken and Ryu and one simply known as “the Handsome Death.”

5CNT: Oh, he was.  And still is.  Anyway, after my training was complete, the four of us just sort of wandered the globe aimlessly, challenging all passersby and welcoming all challengers.  Eventually Ken and Ryu got deals with some video game company, and the Handsome Death and I were hired as assassins by the American CIA.

5CNT: Between the Handsome Death and I, 49,032 terrorists, spies, traitors, rapists, murderers, thieves, and Hanson fans lost the priviledge they knew as life and were given something a little more deserving, all in the name of American freedom.

BmcP: That’s pretty freakin amazing.  So do you still hang with the Handsome Death?

5CNT: No; he and I had a disagreement; during a heated debate over health care reform, a little tryst ensued and whooped my ass somethin unholy.  We separated and have not seen each other since.

BmcP:  Do you know what has become of him?

5CNT: I believe you know him today as… Barack Obama.

BmcP: …shut the fuck up.

5CNT:  *cracks a toothy grin–get it?  a toothy grin?!  HA!  cause he’s already teeth!  so his grin is toothy!  heh!* No, no really.  I kid you not.  He is an amazing, amazing man.  And do you know what?  Even though he beat my ass, I will still vote for him in this primary and hopefully in the race for President of the United States of America.

5CNT: I mean it.  I may not like him for what he did to me, but damnit–I respect him.

BmcP: No seriously.  Shut the fuck up, we’re outta time.  ‘Kay, thanks!

HA.  take THAT shit, 50 cent’s new teeth haters.  a ninja who killed thousands of men with barack obama and can occassionally make 50 cent say something smart is WELL worth 63 thousand bucks.

one more time, for good measure.

it’s amazing what gums will do for a guy.

he is an angry beaver no more.  curtis finally decided to start actin like he had some money and go see a dentist.  he looks pretty good!

the bad news is that this oral upgrade is gonna mean a gangsta downgrade.  thugs dont go to the dentist.  they just keep their teeth jacked up & shoot anybody who makes fun of them.

beanie’s recent sentence to one day in jail (quite the socialite sentence, no?) made me think of the PSA of his that’s been showin on philly tv stations lately, if not elsewhere.

ay yo. guns is bad, and i will shoot a bitch to prove it!

i dunno guys. he’s just not a believable spokesman. i mean aint that kinda like ronald mcdonald gettin on ur TV tellin u not to eat big macs no more? i dont believe you, beanie sigel! bic macs are DELICIOUS!